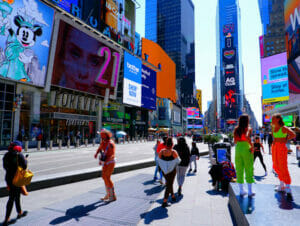 New York is starting to vaccinate American tourists optionally at popular city attractions such as the Empire State Building and Times Square. The free Johnson & Johnson vaccines will be delivered in mobile vans, which will be placed in various locations. The city wants to send a positive message and show that New York is still a safe and great place to come to. This project indicates that the situation in New York is looking good, which is evident from other recent developments in the city as well.

How is New York doing?

In December I wrote a blog about my view of the situation in the Big Apple at that time. Even then, my experience was that despite all the misery, positive developments also took place. This has only continued since then. I can say now: “New York is doing well!”. Of course, COVID-19 is not completely gone here but everyone around me; friends, family and business relations have already been vaccinated. Here you can choose which brand of vaccine you receive, I have the impression that this contributes to the willingness to vaccinate. Therefore, the number of infections is falling rapidly with the result that major steps can be taken in reopening society. 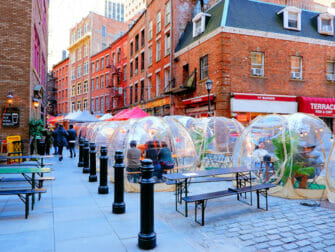 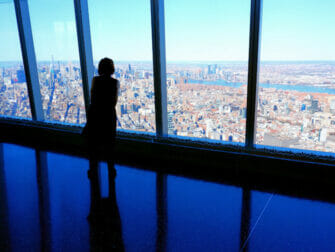 Now that almost everyone who wants to has been vaccinated, the measurements are being relaxed at a rapid pace. Especially in mid-March, when the sports games allowed an audience again and dining was allowed inside again (both with limited capacity), you could feel the positivity returning among the people. Broadway will officially reopen in September but some shows have already announced they will start earlier. With the return of sports, culture and hospitality you can feel the heart of New York beating again. The reopening is gradual, if only because many attractions, shows and restaurants themselves choose not to open 100% yet. But even now, life in The Big Apple is a lot more like old times. I’m convinced that even if “100% normal” has not yet been officially reached, New York will still feel 100% like itself.

Traces of the pandemic

I wrote earlier that it differed per neighbourhood to what extent you notice the effects of the pandemic. Despite all the positive developments, this is still the case. In the vicinity of Times Square, for example, there are still a lot of unoccupied buildings and in the student districts, it is still deserted. It will take a while before all of this is back to normal. In my previous blog, I also mentioned the many homeless and noisy, troubled people on the street. In recent weeks, I noticed that this has decreased significantly again. I haven’t experienced the unpleasant atmosphere anymore that this could create. While the scars of the pandemic will remain visible for a long time, New York is recovering on all fronts and will take the final steps towards a normal society in the coming months. 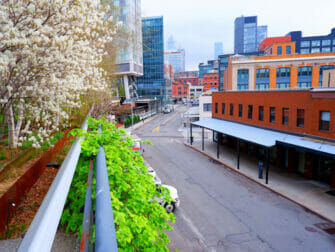 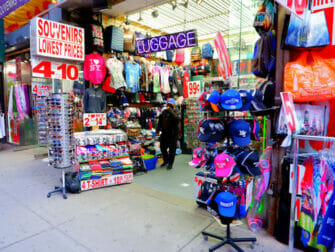