Century 21 in New York is one of the latest economic victims of the COVID-19 pandemic in New York. Of course, Century 21 has seen its income drop significantly in the past six months. Therefore, it’s on the brink of bankruptcy. The shopping paradise will be missed by many tourists and New Yorkers. The retail chain, which sells major brand clothing at outlet prices, consists of 15 stores, five of which are located in New York City. Four branches have now been closed, and the others are holding ‘everything must go’ sales.

Century 21’s first branch opened in 1961 in Brooklyn, so anyone who has visited New York in the past 50 years has probably paid it a visit. Although, opinions about the store are also somewhat divided; some find the floors full of crowded shelves and overly enthusiastic shoppers, while for others no New York trip is complete without spending an afternoon here treasure hunting.

Want to stay up to date with all the news from New York? Sign up here.

Personally, I think it’s a shame that New York will lose this icon. I’m not into shopping myself but I still liked to drop by the flagship store in Downtown Manhattan every now and then. Especially in combination, for example, with a visit to the nearby 9/11 Memorial. This flagship store suffered a lot of damage on September 11, 2001. At the reopening five months later, thousands of people lined up to get back in. Century 21 was not brought down by this major setback at the time, but unfortunately, the current pandemic does seem to be doing so.

There will be a number of bankruptcy hearings at the United States Bankruptcy Court Southern District of New York in the near future, with which there seems to be a small chance of a restart. But given that there is currently a total outstanding debt of about $ 42 million, of which more than 4.7 million with Tommy Hilfiger, 1.2 million with Adidas and 1 million with Michael Kors, this opportunity seems unlikely. As painful as it is, we will have to get used to a Manhattan without outlet shopping. Hopefully the smaller stores, like the ones on Bleecker Street, will survive. 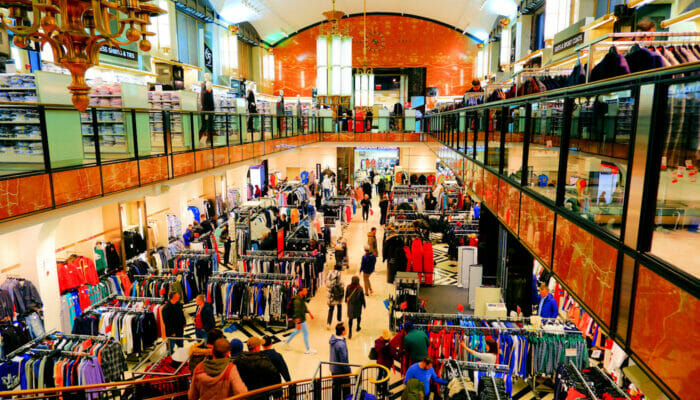