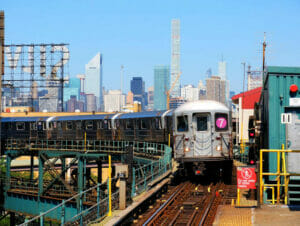 Queens in New York is one of the five boroughs of New York City. It includes Long Island City, Astoria and Flushing, among others. Queens is located to the east of Manhattan and above Brooklyn. More than 2.3 million people live in Queens, making it the third-largest borough in New York in terms of population. There are several places worth visiting. And sports enthusiasts should certainly not skip this area!

Queens is huge, and a part of it is not so interesting for first time New York visitors. Queens is very large and, for the most part, is not so interesting for tourists. There are, however, a couple of places that are worth a visit when you have already seen all that Manhattan has to offer. It is also possible to take this bus tour to The Bronx, Queens and Brooklyn which shows you all the highlights of these neighbourhoods.

There is also an attraction in Queens for art lovers. In Long Island City you can visit MoMA PS1 which belongs to the world-famous Museum of Modern Art in Manhattan. MoMA PS1 focuses on modern art. You can get there by subway or NYC Ferry to Long Island City or Hunters Point South (MoMA PS1 is closed on Tuesdays and Wednesdays). I recommend combining a visit to MoMA PS1with breakfast, lunch or dinner at the nearby Court Square Diner. At this authentic American diner dine amongst real New Yorkers as you hardly see any tourists.

Astoria is located north of Long Island City, making it the second neighbourhood in Queens to be adjacent to the East River. You can easily get here by subway, or on foot across the Roosevelt Island Bridge. In the neighbourhood next to it you will find LaGuardia Airport. Astoria itself is one of the most ethnically diverse neighbourhoods in Queens, with residents from as many as 100 countries. Many of them are of Brazilian or Croatian descent. Are you in Astoria and do you like comic books? Then pay a visit to the Midtown Comics Outlet, where you will find thousands of comic books, action figures and other related items. 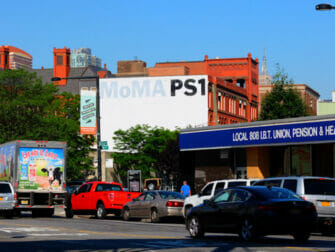 Queens is home to quite a large Chinese area, located in Flushing, and often referred to as the ‘real’ Chinatown. As opposed to the area in Manhattan with the same name, Chinatown in Queens is not touristy, instead, the focus is on the Chinese people who live there. No less than 55% of this district are of Asian descent. In addition, it is one of the largest and fastest-growing Chinatowns in the world and a very unique area of New York. Take subway 7 all the way to the endpoint (Flushing Main Street) and you will be there. Bear in mind that you may find there is a language barrier as not much English is spoken here.

Also situated in Flushing Meadows, Corona Park is home to the Unisphere: a large metal globe that you have probably seen a photo of before. The globe has a circumference of around 36 metres! It is, therefore, the largest in the world. This metal construction was built for the 1964 World Fair. In the surrounding park, you can find the courts used for the US Open. It is possible to take a walk through and a nice activity for a sunny day. To get there, take subway 7 to Mets – Willets Point, from where the park is a short walk.

If you’re flying to New York, chances are your stay will start in the Jamaica neighbourhood. This is where one of New York’s two airports is located: JFK Airport. It is very easy to travel from JFK to Manhattan by subway, taxi or shuttle bus.

If you are looking for a budget-friendly hotel, then Long Island City in Queens is a good option. It isn’t a very cool or cosy neighbourhood but it is a good base for your visit to New York. Long Island City is safe and offers an abundance of subway lines that can get you to the middle of Manhattan within around 15 minutes. I recommend a hotel in Long Island City to everyone looking to be close to Midtown but finds the hotels in Manhattan too expensive.

Queens is best known for its sporting events: besides the annual New York Marathon, which runs through this borough, the Mets stadium is also located here. The Mets are the second most prominent baseball team in New York (after the New York Yankees). In addition, Queens is also host to the US Open Tennis which takes place annually in Flushing Meadows. 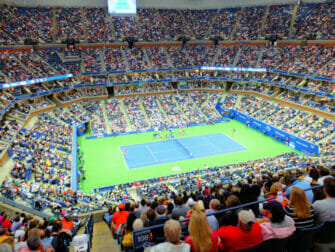 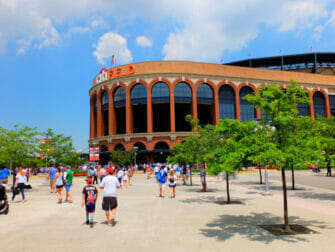