Lower Manhattan and the Financial District in New York 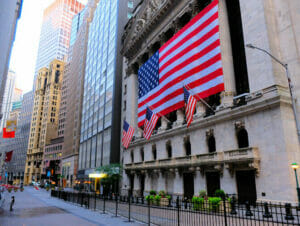 Lower Manhattan and the Financial District in New York are the heart of the city when it comes to finance and law. The World Trade Center’s iconic Twin Towers used to be the focal point of Manhattan’s skyline. After the terrorist attacks on September 11th 2001, the One World Trade Centre, 9/11 Memorial and 9/11 Museum are the biggest draws to this part of the city (if not the whole city) Lower Manhattan is, as the name suggests, located at the most Southern part of the island. You’ll find it in between Chamber Street, the Hudson River the East River and Battery Park/New York Harbour.

The Financial District consists of many offices and headquarters of New York’s most important financial companies. Is this corporate environment interesting to you, as a tourist? Well, I wouldn’t recommend spending the night here, because it tends to lose some life after office hours. But for a day? Definitely! There’s a lot to see: The 9/11 Museum and Memorial, of course, and how about iconic Wall Street? Instead of taking on this urban jungle adventure all by yourself, you can opt for a guided tour. The guide will tell you all about 9/11, both from a factual and a personal perspective. 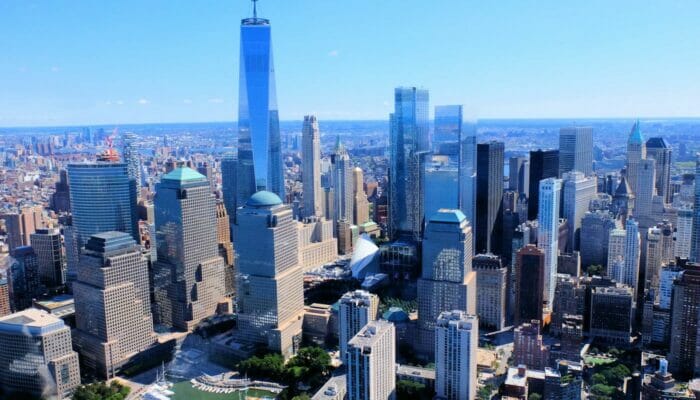 Wall Street symbolises the American financial industry, it even has its own movie! I can’t guarantee you any Leonardo DiCaprio encounters, but Wall Street is definitely worth a visit. Amongst the multiple skyscrapers, you’ll find the world-famous stock exchange, Trinity Church; which back in the 20th century, dominated the skyline with her height of 282 feet and Federal Hall, where back in 1789 George Washington was inaugurated as the United States’ first-ever president.

Also not to be missed near Wall Street is the famous Wall Street Bull. This bronze bull statue officially called the Charging Bull, attracts long lines of tourists. They all want to snap a picture with it, and probably also rub the bull’s nose, horns and ‘private parts’, as this is supposed to bring luck.

In 2017 another statue was added to the Financial District, named Fearless Girl. This statue of a fierce little girl was first placed across the bull, but after a year she was moved to a different location. This statue, which was created to honour International Women’s Day, can now be seen in front of the New York Stock Exchange. 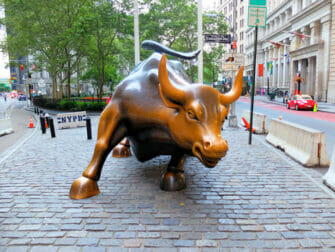 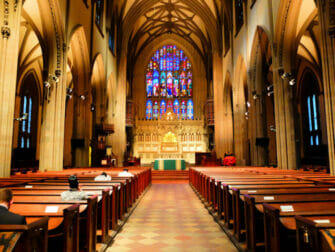 One World Observatory and The Oculus

The 9/11 Memorial and Museum are two places in Lower Manhattan that commemorate the 9/11 attacks. On the same site, there are a few more buildings that were built in the years after the attacks. One of those is One World Trade Center, where you can visit One World Observatory to have an impressive view over de surrounding areas. A building that definitely attracts the attention is the Oculus, a white skeleton-like structure designed by world-famous architect Calatrava. The Oculus is home to many shops and the World Trade Center subway station.

Once you’ve had your fill of all things ‘business’, get some respite right behind Wall Street, at Stone Street. An authentic little street that managed to escape the rigorous renovations that hit the area during the end of the previous century. In the summer you can relax on one of the terraces that fill the street, enjoy a gourmet pizza at Adrienne’s Pizza Bar or an all-you-can-eat buffet at Ulysses. 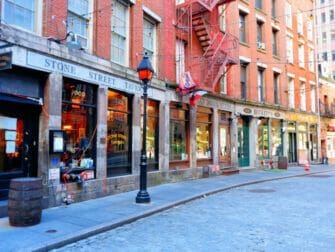 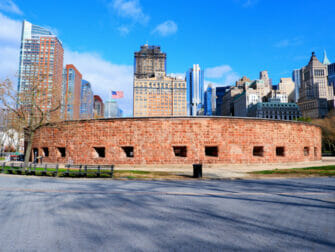 You can find several good hotels and apartments in Lower Manhattan. A nice hotel close to the 9/11 Museum is Club Quarters World Trade Center. Here you can even book a room with a view of the square Memorial Pools. More centrally located in Lower Manhattan is the Artezen Hotel. And for those who prefer to book an apartment in New York, there are very good options in this area as well, like WeLive Wall Street and several Sonder Apartments.

The Other side of Lower Manhattan

Lower Manhattan has much more to offer than finance! Like the waterfront, Battery Park, for example. Or the much smaller and historical Bowling Green. It isn’t much more than a big fountain with a couple of benches, but it is New York’s oldest park. Next to this park, you’ll find the Alexander Hamilton U.S. Custom House, which is also worth a visit. The New York Department of the National Museum of the American Indian is located inside this building.

The Statue of Liberty and Ellis Island

Lower Manhattan also houses the entrance to the Statue of Liberty and Ellis Island. If you are in this part of town, you can seize the opportunity to catch a boat for a beautiful tour of these world-famous hotspots.

Eric’s Tip: Will you be visiting Financial District in the warmer months? Bring a sweater or coat! The massive buildings will have you walking in the shade most of the day. Even in winter, you should count on a colder temperature than elsewhere in town. The wind will ruthlessly blow through the so-called ‘canyons’, which can result in an extra chill. 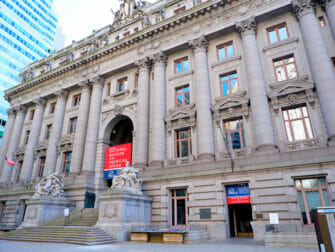 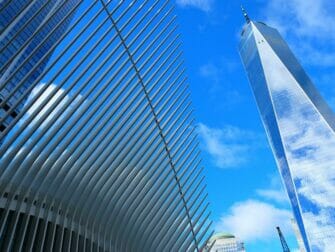