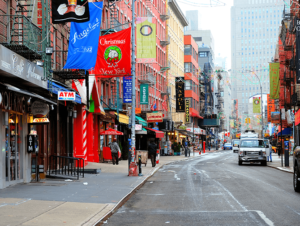 In recent years, little by little, Little Italy in New York is being taken over by the expansion of Chinatown. Italian influences are also diminishing because of the original residents moving to other Italian boroughs. Luckily, the heart of Little Italy still beats if you take the time to slowly stroll through the streets.

Shops and Restaurants in Little Italy

Little Italy is roughly located between SoHo and Chinatown. New Yorkers love to give names to areas (I was once told that real estate agents love doing this as it makes the neighbourhood sound chic and hip) and so the Northern bit of Little Italy is called NoLita – Northern Little Italy. The true Italian stores and restaurants are still located on Grand and Mulberry Street. It is not very cheap, but the quality is on average OK.

A great Mafia place is Umberto’s Clam House on 132 Mulberry Street. At their old address, two blocks down, mobster Joe Gallo was shot while he was enjoying some fish. That probably won’t happen to you: it has become a very safe neighbourhood, if not a little boring. Go to the Mulberry Street Bar on 176 Mulberry Street. It looks rather shady, but that is after all, what you’re looking for in Little Italy. The Sopranos also used this place.

Little Italy is a small neighbourhood, so there are not that many hotels to be found. If you would still like to spend the night in this atmospheric area, The Nolitan New York in Nolita is a good choice. Another great hotel in Little Italy, which is actually one of my favourites, is the NobleDEN Hotel.

If you would like to get to know the area better, try a guided walking tour. It includes SoHo and Chinatown as well giving you a great overview of the area. The local guide can tell you about the history of these neighbourhoods. This tour starts on Spring Street in SoHo and moves on to Little Italy and Chinatown.

Eric’s Tip: Little Italy is also a great place to enjoy impressive street art. Two colourful murals that are quite well known are those of Audrey Hepburn and Lady Liberty, for example, both can be found in this area. Little Italy is easy to reach with the Hop-on Hop-off bus. 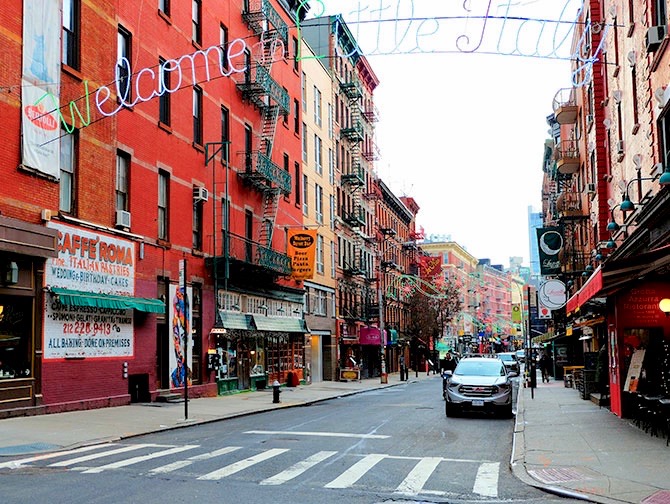 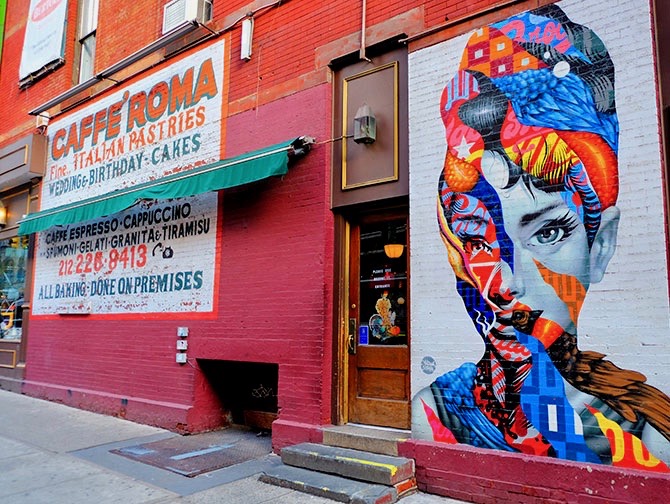