As a city with unlimited opportunities, New York has long had appeal for the LGBTQ+ (lesbian, gay, bisexual, transgender, queer plus) community. It is estimated that there are half a million LGBTQ+ residents in New York City. As a result, there are a large number of venues and clubs being developed specifically for this audience.

New York has long been considered the place where the gay rights movement began. Shortly after WWII, many gay men, lesbians, transgender people and those of all genders found refuge in the neighbourhoods of Greenwich Village, the Upper West Side, and Harlem. During this time, there were no rights for these individuals. In fact, homosexual practices were considered punishable by law. Many public establishments were not welcoming to the LGBTQ+ community and there were laws against serving alcohol to gay people. Anti-LGBTQ+ laws along with police raids of gay bars in 1969 led to a series of violent uprisings against the police by the LGBTQ+ community: the Stonewall Riots.

Stonewall Inn, where the uprising originated, has since reopened on 53 Christopher Street. Following this revolt for gay rights, uprisings spread throughout the world for equal rights for the LGBTQ+ community. The latest success for New Yorkers was the legalisation of gay marriage in June 2011.

The most popular LGBTQ+ area of New York is Chelsea, between 23rd Street and 30th Street on the west side of Manhattan. Here, you will find many gay bars and other establishments. For those who appreciate the finer things in life: upscale dining, high-end shops and world-class art galleries can also be found here. However, this is not the only part of town for LGBTQ+ night-life: all over New York, there is a wide range of bars, clubs, and parties. After a lot of consideration, there are three places that you shouldn’t miss:

On the 18th floor of the Standard Hotel, you will find this two-floor club called Le Bain. The name Le Bain comes from the indoor pool located just next to the DJ booth. When the club is open during the summertime, people can even go swimming in it. During the wintertime, it serves as an extra dance floor. The entire club has spectacular views of all of Manhattan and the Hudson River. When the weather is nice outside, you should go to the 19th floor where you can enjoy cocktails on the terrace. On Thursday nights, Le Bain becomes the spot for the young, fashion-forward LGBTQ+ crowd. All genders and sexualities are welcome! Drinks here are expensive, but the atmosphere is 100% Manhattan: stunning views from every angle, beautiful people, and skilled DJs. 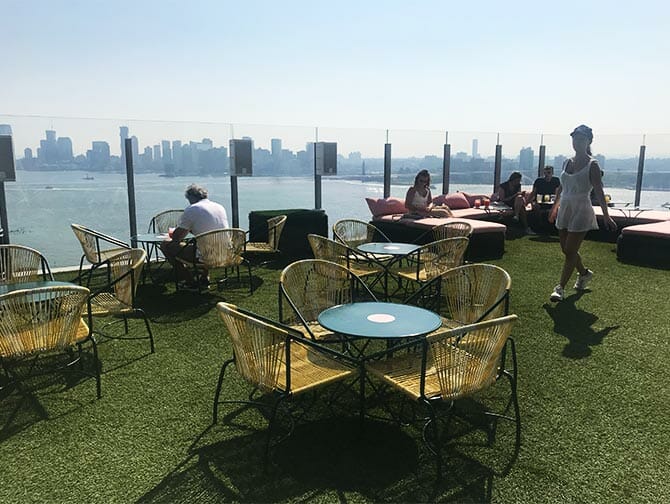 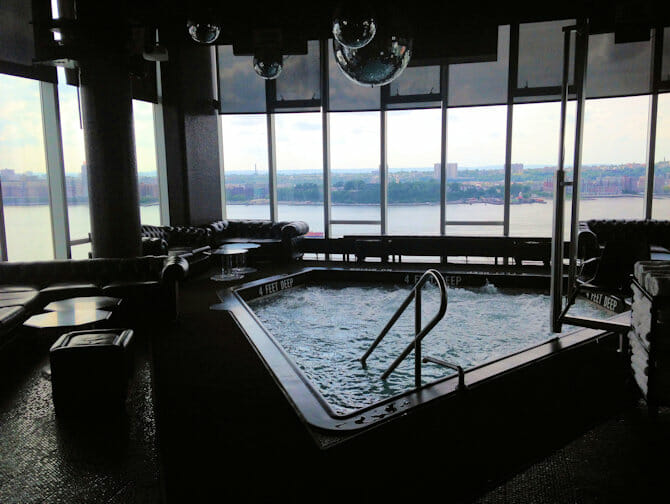 As the name suggests, Industry Bar was originally an industrial warehouse. It has since been renovated into a stylish bar. Almost seven nights a week, Industry Bar has a theme night. This can include drag shows, pool tournaments, or American activities (like screening TV shows, such as Desperate Housewives or RuPaul’s Drag Race). The crowd ranges from mid-twenties to mid-forties. On weekends, Industry Bar becomes really packed and the crowd is almost exclusively all men. Brace yourself for when the club becomes alive with pop music. Industry Bar is made up of two bars, private booths, a pool table and a podium where people can dance. Drinks are reasonably priced but the bathrooms are a disaster! I strongly advise peeing before you leave home. However, despite this, the atmosphere is always great.

This place is a classic when it comes to New York LGBTQ+ bars. It is known for a relaxed atmosphere, awesome drag shows and cheap drinks.

The above-mentioned clubs usually do not require an entrance fee. However, the clubs close between 2AM and 4AM. Don’t forget to always carry your ID with you when going out, tip at least $1 per drink and most importantly, have fun!