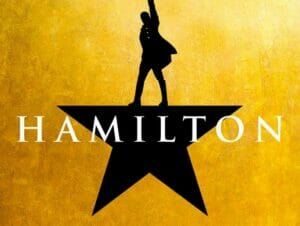 Because of COVID-19 this show has been postponed until May 30th, 2021.
Read all about the coronavirus in New York.

Both the musical and the book were written by Lin-Manuel Miranda. The show started as an off-Broadway musical in early 2015 but quickly moved on to Broadway. Hamilton is said to be the best American musical of the past decades and is very innovative due to its choice of music and actors, catch this performance at the Richard Rodgers Theatre. The show’s costumes are traditional, and this is definitely the musical’s only classical element. The story is almost entirely rapped and sung, with numbers in many different styles and the (historically correct) white characters are played by African American and Latino actors. 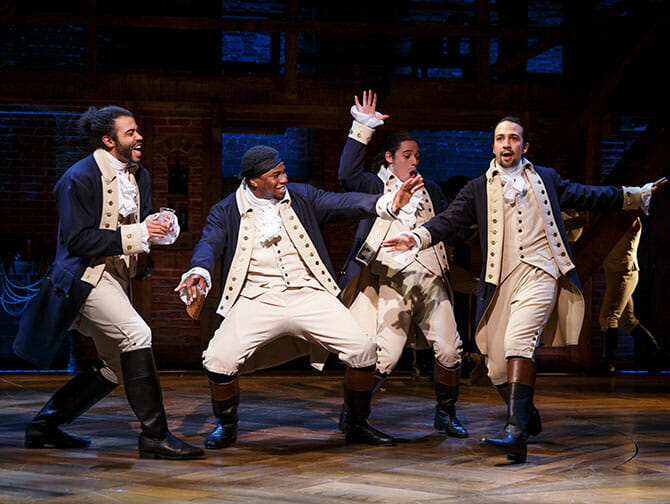 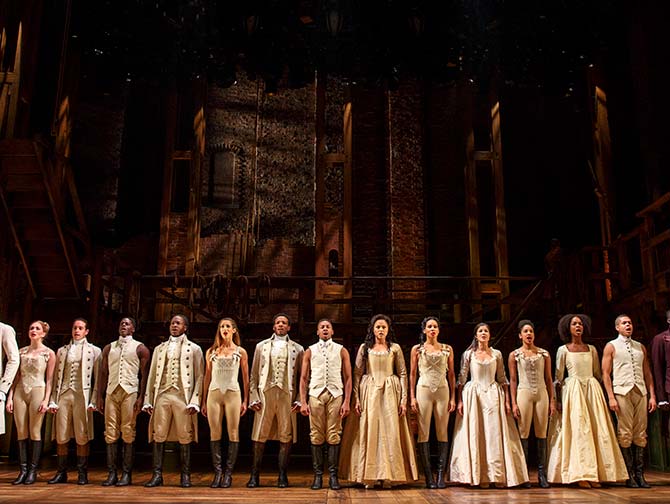 The musical is based on the biography of Alexander Hamilton, one of the founding fathers of the United States he served as America’s first treasury secretary. His likeness can still be seen on the $10 bill. Hamilton entered the United States as an ambitious immigrant from the Caribbean. With the help of vice-president Burr, Hamilton transforms himself into a successful statesman. He can count on the support of George Washington, however, America’s other founding fathers, Jefferson and Madison, are his major opponents. The relationship between Hamilton and Burr eventually deteriorates and ends in confrontation, when Burr mortally wounds Hamilton. In addition to the main theme, the musical also portrays the story of Hamilton’s marriage to the loyal Eliza, that was threatened by an affair and Hamilton’s platonic relationship with Eliza’s sister. 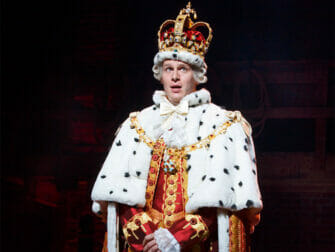 How to buy Hamilton on Broadway Tickets?

Hamilton tickets on NewYork.co.uk are 100% authentic, without the involvement of any other third-party sellers, keeping prices low. After your order has been processed, you will receive a confirmation email with the official voucher. This voucher contains all the information you will need about your booking. On the day of the performance, the tickets can be picked up at the theatre box office. You can pick them up to 30 minutes before the show. A valid identity document is required in order to obtain your tickets.

Seats are assigned by the theatre, which is why you will not receive your exact seating at the time of booking. Seat numbers will be clearly marked on the tickets. For bookings up to 4 people, you are guaranteed seating next to each other. For larger groups, the theatre will try its best.

Send me an email at [email protected] if you want to book for groups of 20 people or more.

Eric’s Tip: Hamilton is the most popular show currently running on Broadway. If you are looking for a unique take on American history with great music and set design then this is the show for you. It is, however, difficult to find affordable tickets. If you don’t find tickets for the dates you’re looking for try a reseller like this one.