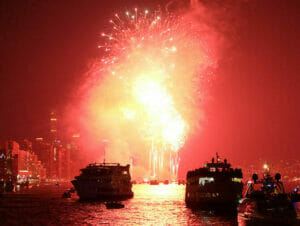 Spending New Year’s Eve in New York is a dream for many. New York is famous for it’s parties and the New Year’s Eve Ball Drop ceremony, on Times Square. Whether you’re younger or older, with friends, lovers or your children, New York has something in store for everyone. Don’t want to stay in a bar or club all night? New York has many other options for ringing in the New Year, Central Park for example, or on a boat tour!

The world famous New Year’s Eve Ball Drop ceremony takes place every year on Times Square. Hundreds of thousands of people gather to watch a giant ball drop from the One Times Square building. As the ball lands at midnight, the crowd bursts in to celebration. This looks amazing on TV, but in reality the experience is not so impressive. First of all; as it is in the middle of the winter, it gets very cold in New York. To get a good spot, people must arrive 12-18 hours before the event. Imagine standing in the harsh cold, all day, without any toilets available. That is a lot of trouble to go to for something that lasts for 10 seconds. There’s no party afterwards (at 00:15 Times Square is empty because everyone goes looking for a bathroom), there are no fireworks on Times Square and it’s forbidden to drink alcohol on the streets. So, my advice is to skip the ceremony for some fun elsewhere.

A regular ticket for a New Year’s Eve party in a New York bar or restaurant will cost between $250 and $500 per person. One of these parties is the New Year’s Eve Ball Drop party. Tickets do sell out fast, despite being pricey. 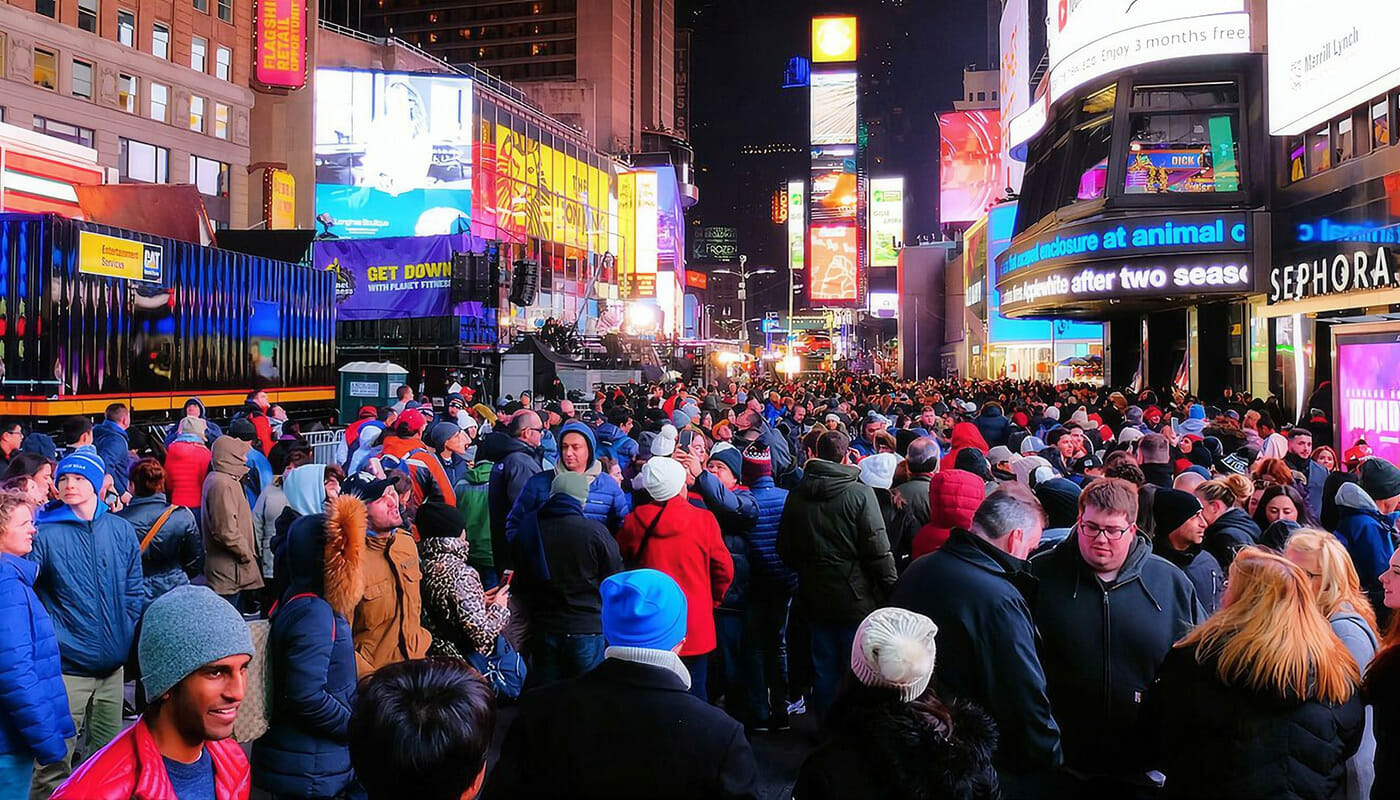 The best way to have a good time on New Year’s Eve in New York is to take a boat tour. It won’t be a typical boat cruise, but rather a New Year’s Eve party on a boat. Enjoy the skyline of Manhattan and watch the fireworks at midnight, over the Hudson River, while sipping champagne. There are different tours to choose from, some include dinner or a live DJ, while others are more luxurious. All of them include an open bar, champagne toast at midnight and a great time, guaranteed.

New York always has a lively nightlife, imagine the craziness during New Year’s Eve! For anyone who wants to see in the New Year dancing, there are an abundance of parties to choose from. I made a personal selection and categorised them based on age/group-type. If you’re celebrating New Year’s Eve in New York without any plans, chances are you will end up highly disappointed. You can’t just show up last minute; if you do manage get a ticket at all, you’ll end up paying over double. The best thing to do is make sure you secure your tickets as early as possible.

Families spending New Year’s Eve in New York should head to Central Park. Children of all ages can enjoy the celebrations there. Fireworks are launched at midnight from Bow Bridge-Cherry Hill, at the center of Central Park (situated between 71st and 74th Streets), and they can be seen from most spots in Central Park.

Eric’s Tip: Taking a boat tour is the best thing to do, in my opinion, you have a great view of the fireworks without the crowds. The boats usually get back at around 01:00. Finding a taxi on New Year’s Eve will be a nightmare. Instead take the subway that runs 24 hours a day and you can use your MetroCard. 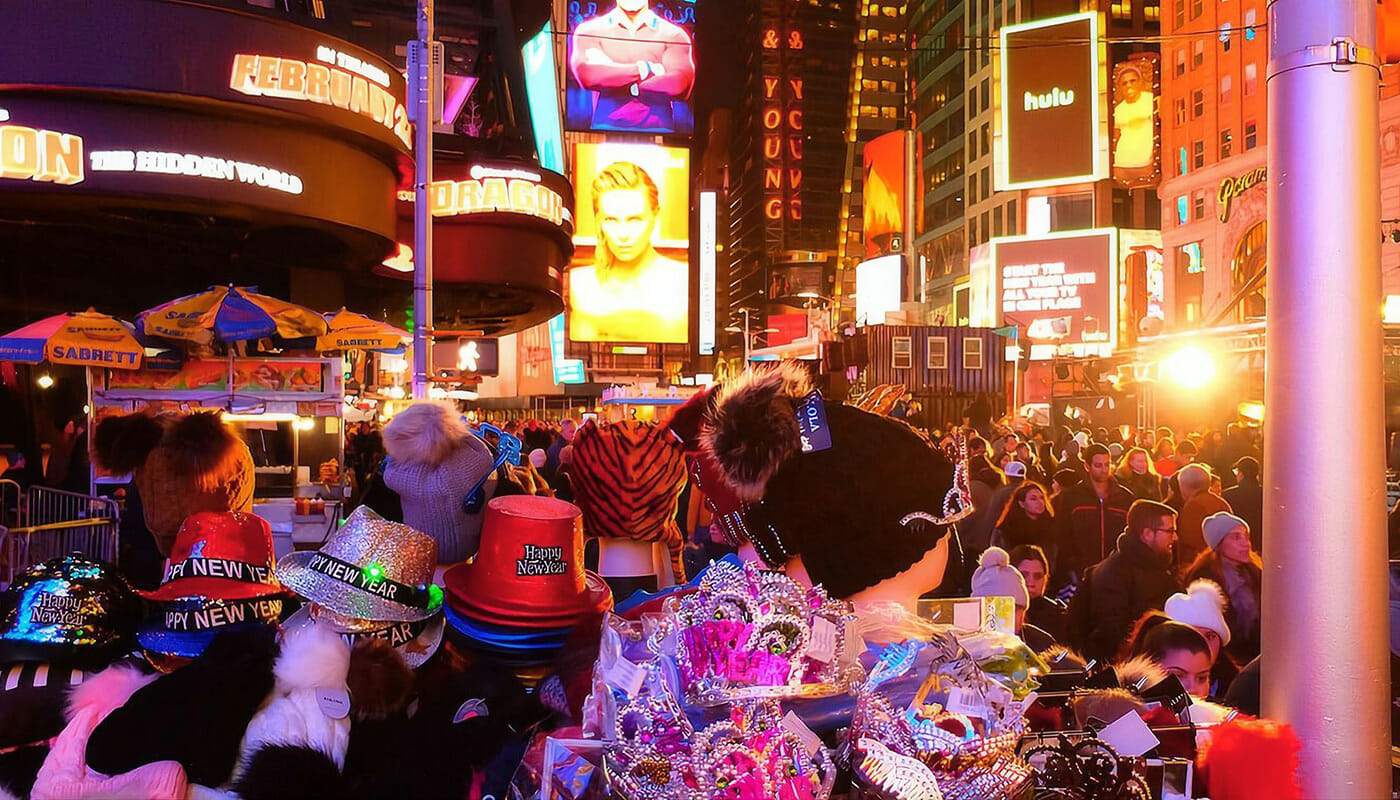