Sex and the City Tour

Take the sex and the City tour in New York and explore the world of Carrie, Samantha, Miranda and Charlotte. See filming locations and other hotspots. The tour is ideal to enjoy with your sisters, mother or girlfriends. On top of that, the Sex and the City series and the two films, are picked apart in detail. See bloopers and various film locations. Knowing a little bit about the scenes and the plotline can come in quite handy.

Book your tickets for the Sex and the City tour here

If the tour is not available on your preferred date, then book this Sex and the City Hotspots Tour

The Sex and the City Tour starts at the Pulitzer Fountain on Fifth Avenue between 58th and 59th Street. You can’t miss the fountain as it’s directly across the famous Plaza Hotel (yes, where Carrie’s true love Big celebrated his engagement to Natasha). Make sure you arrive at least 10 minutes early for a good spot on the bus and do not get too distracted by the fountain. Show your tickets to the guide and find a seat on the bus. If you can, sit on the left side of the bus as funnily enough many of the locations are on that side of the bus. That way you can see a lot and take great photographs. The bus has air conditioning, a toilet and wifi, so you’ll have everything you need during the tour.

After the guide has introduced herself (mostly young women that are in the film or theatre industry) you will drive down the splendour of Fifth Avenue towards the first stop. The guide will tell you all about the film locations along the way, meanwhile, the accompanying scenes are shown on video screens on the bus. 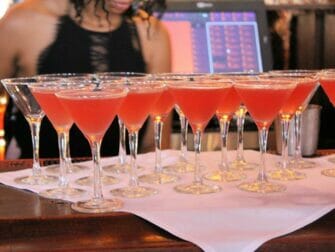 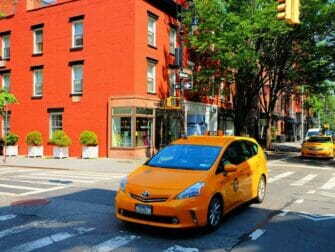 The Sex and the City Tour takes a total of 3.5 hours and stops at different locations. You can look around the sex shop Pleasure Chest (where Charlotte bought her Rabbit). You will then stop by Carrie’s home, to take a selfie at the front door. You’ll get time to shop on the cute Bleecker Street, where you can get a cupcake at the famous Magnolia Bakery. The tour will also take you to “Scout” that Steve and Aidan opened together. The bar is actually called Onieal’s. The inside of the bar looks exactly like you’d remember from Sex and the City. And, of course, the cosmopolitans are ready and waiting at the bar. The cocktails are unfortunately not free due to the strict American laws concerning alcohol, but you can enjoy a cosmopolitan just like Carrie, Samantha, Miranda and Charlotte did for $17.

At the last stop close to Times Square, you can visit Sarah Jessica Parker’s shoe store. Here you can buy a pair of her exclusive shoes. If you feel like more shopping, head over to Fifth Avenue. There is a large subway stop on Times Square and a few on Fifth, so that you don’t need to walk too far in your Jimmy Choo heels…

Eric’s Tip: The tour usually lasts from 15:00 until 18:30, but due to traffic the tour can end a bit later. Unless you’d like to buy a cupcake at Magnolia Bakery for lunch, I suggest you bring water and a snack for yourself. 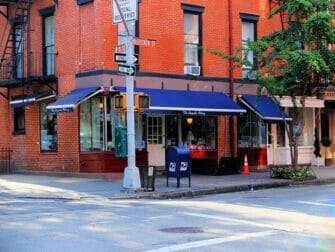 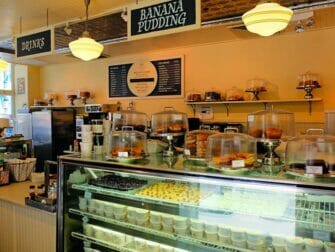 Tours are often sold out, make sure to buy your tickets in advance to secure your seat on the bus. After purchasing, you will receive a voucher that you can print out and use as your ticket for the tour, or show as a mobile ticket on your phone.

Book your tickets for the Sex and the City tour here 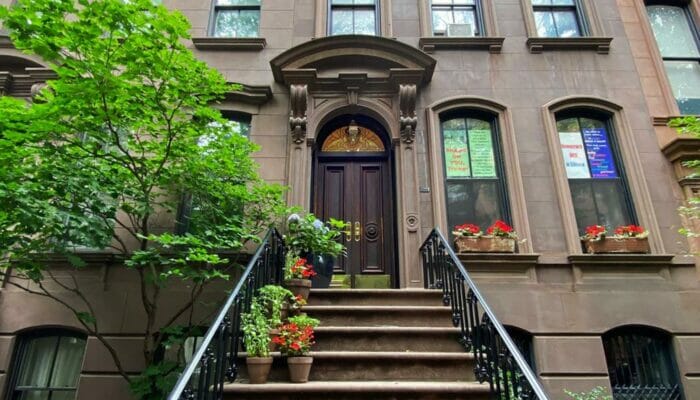