The Book of Mormon on Broadway Tickets 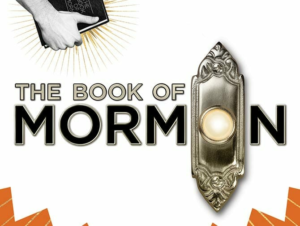 Exclusive: Select the 'Flex Tickets' option at the Checkout and cancel or change your booking up to 48 hours before the show!

The Book of Mormon tells the story of two young Mormon missionaries: the overweight Elder Arnold Cunningham and the handsome Elder Kevin Price. They are sent off to Uganda to convert the locals to Mormonism. They soon learn that it was not entirely as they had expected as the locals are in fact blasphemers and the district leader is a closeted homosexual. In short, it is a lot different than the sunny Florida where the missionaries had hoped to go. 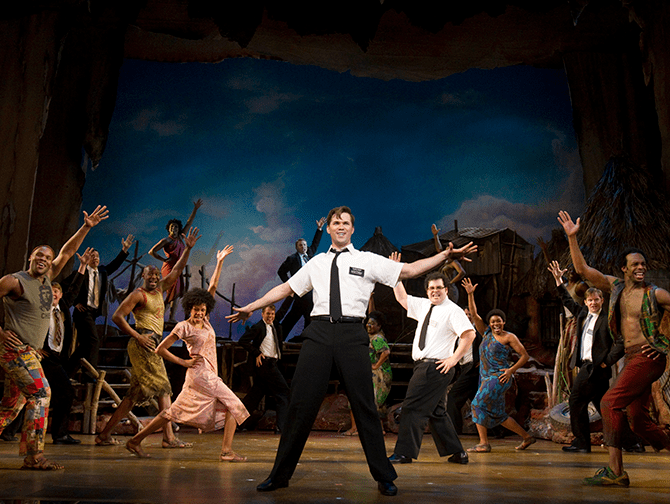 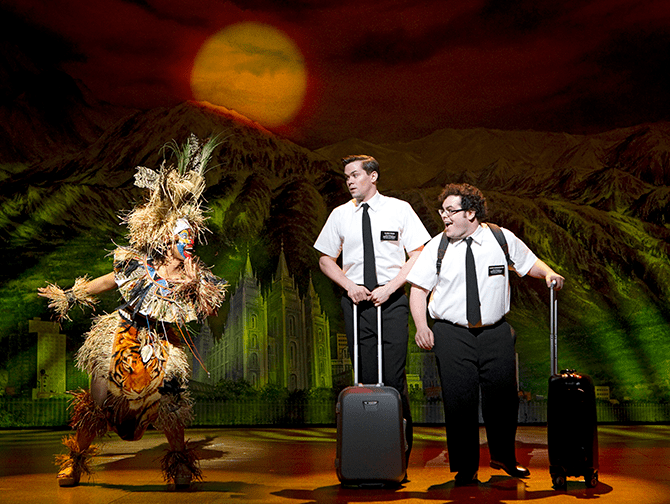 The musical is funny, full of profanity and the songs are pretty catchy themselves. The musical was created by the duo behind “South Park,” Trey Parker and Matt Stone as well as Robert Lopez who created “Avenue Q”. In 2011 the show was nominated for 14 Tony Awards and won nine of them including Best Musical. The show is not for the fainthearted though as nothing is off limits – AIDS, genocide, genital mutilation, poverty, religion and even “The Lion King” are all discussed in one way or another. The Book of Mormon proves that you can have a laugh at pretty much anything. But would you expect anything else from the creators of “South Park”? 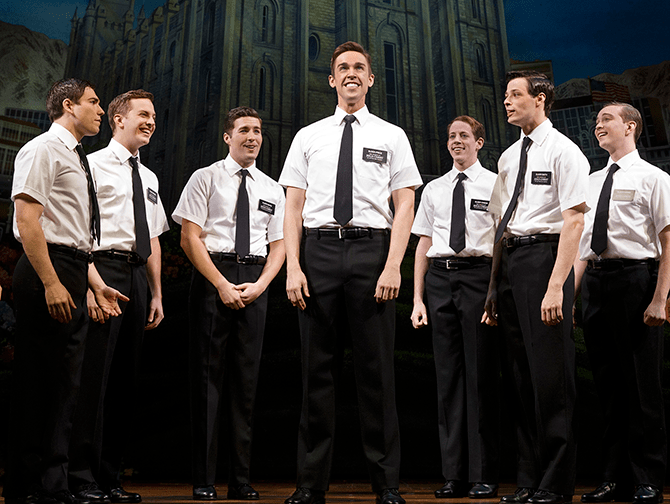 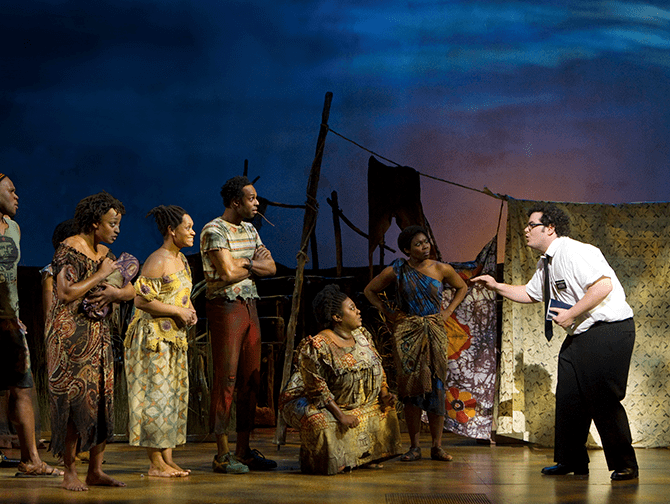 How to Buy The Book of Mormon on Broadway Tickets

The Book of Mormon on Broadway tickets on NewYork.co.uk are 100% authentic, without the involvement of any other third-party sellers, keeping prices low. After your order has been processed, you will receive a confirmation email immediately. For this musical, you will get an email with the QR codes no later than 7 days prior to the show! Just show this QR code on your phone at the theatre and enjoy. Send me an email if you want to book for groups of 10 people or more.

Eric’s Tip: If you love South Park humour then you’ll love this musical. If you don’t, then best pick another musical! Really. The Book of Mormon is one of the most popular musicals out there – and that is with good reason. You’ll probably be laughing non-stop. There are a lot of references to current popular (American) culture, which makes it very relatable. This is the show for a night of entertainment!

Limited amount of tickets available. Social distancing, face masks and proof of a full, WHO-approved vaccination required. Children under 12 must provide proof of a negative PCR test taken within 72 hours prior to the show or a 6-hour-old negative antigen test. Everyone in your party needs to bring identification.

Don’t want to see The Book of Mormon?