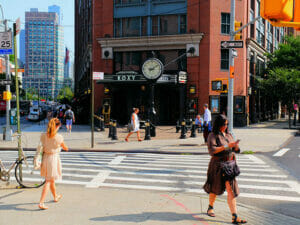 TriBeCa in New York is a neighbourhood in Lower Manhattan. The name TriBeCa is an abbreviation of “Triangle Below Canal Street”. The area, therefore, covers the triangle between Hudson, Canal Street, Broadway and – roughly – Vesey Street. In the northwest of this area, you will find the entrance of the Holland Tunnel, which connects New York with New Jersey. It is an atmospheric neighbourhood that many celebrities call their home.

Although TriBeCa in New York is pretty popular nowadays, it hasn’t always been. The warehouses that now have a mostly residential function, date back to a time when this neighbourhood was still an industrial area. After a period of vacancy and decay, a group of artists started to squat in the attics of the abandoned warehouses in the ’80s. This triggered the beginning of the neighbourhood’s revival. Companies moved here and, within 10 years, TriBeCa was back on the map. This time as a desirable and thriving neighbourhood in Lower Manhattan. TriBeCa has been voted one of the safest areas in New York City and many movies and pop stars call it home: Beyoncé and Jay-Z, Meryl Streep, Justin Timberlake and Leonardo DiCaprio, to name a few. TriBeCa is now one of the most expensive neighbourhoods to live in in New York. 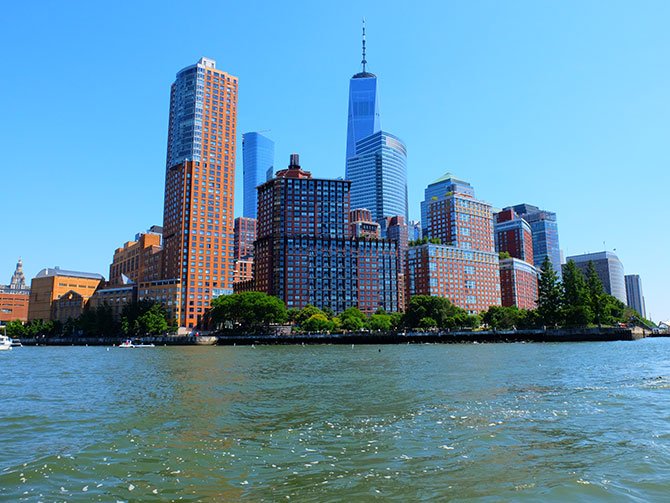 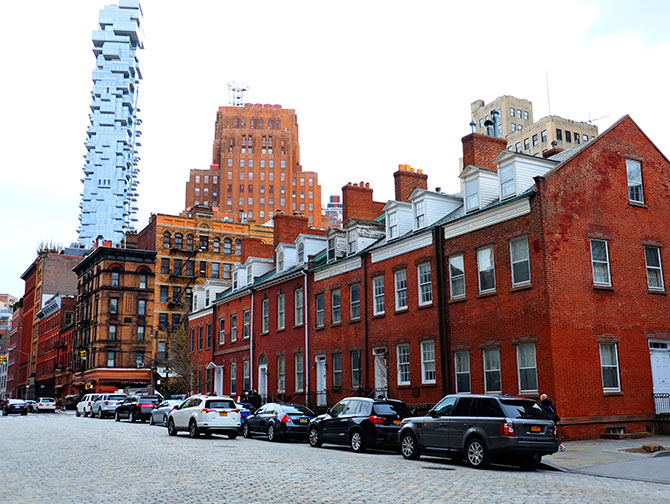 Shops and restaurants in TriBeCa

It’s no surprise that a neighbourhood with so many celebrities and expensive lofts is bursting with luxury shops and high-end restaurants. Takahachi, for example – a Japanese restaurant, serving sushi and a la carte dishes. Or Tribeca Grill, which is co-owned by Robert De Niro and very popular amongst local celebrities. If you’d like something a little more low-key, go to a non-pretentious bar, Anotheroom. It’s romantic, homey and a great place for a date – especially if your partner loves special beers and good wine!

On the TriBeCa side of Hudson River Park, you’ll find a huge playground paradise: Pier 25. This part of the park has something to offer every age. From the children’s playground with water features to the climbing wall, in addition to the beach volleyball courts. There’s even a miniature golf course and a sun deck with lounge chairs. From April to October, you also find the oyster bar Grand Banks here, located on a permanently docked sailing boat. An atmospheric place to have a cocktail and a bite amongst the locals, with a nice view of the buildings of Downtown Manhattan. Furthermore, Pier 25 is the departure place of the high-speed boat tour in New York: the best activity for adrenaline junkies who like to include some sightseeing. 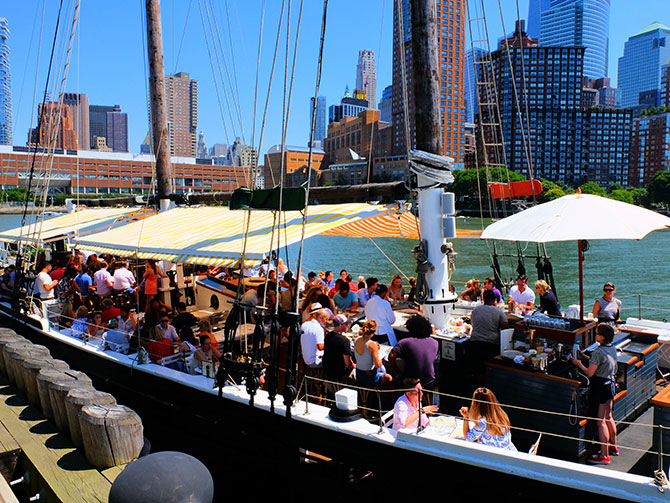 If you’re a history enthusiast, it’s worthwhile to visit the Irish Hunger Memorial at the corner of Vesey Street. Originally built to pay homage to the Irish famine, this outdoor garden sits on more than a half-acre of land. Facts, quotes and poems are displayed on the walls of the Irish cottage. It’s truly a little piece of Ireland within New York City.

To shift the focus after the 9/11 attacks as well as to support the area’s reconstruction, Robert De Niro, Jane Rosenthal and Craig Hatkoff founded the TriBeCa Film Festival. It boosted the reputation of New York as a ‘movie town’ and also became one of the most prominent film festivals in the world. In addition to the huge number of documentaries, shorts and family films to watch, there are the annual Artist Award and lots of free activities. For the ultimate American vibe, I recommend the Tribeca Film Festival Drive-In, at World Financial Plaza. The name ‘Drive-In’ might be a little misleading since it’s basically an open-air screening. Watching movies, at a small harbour by the Hudson, underneath the stars. Around the screening, there are also lots of family-friendly activities planned, in the theme of the movie.

There are several good hotels in TriBeCa. It is a nice, authentic neighbourhood to stay in. And with the many subway lines nearby, you can easily reach other parts of Manhattan. Sheraton TriBeCa is located on the outskirts of the area. Choose a club level room and you have access to the rooftop with a nice view of the neighbourhood. Other good hotels include The Roxy Hotel and Conrad New York Downtown. 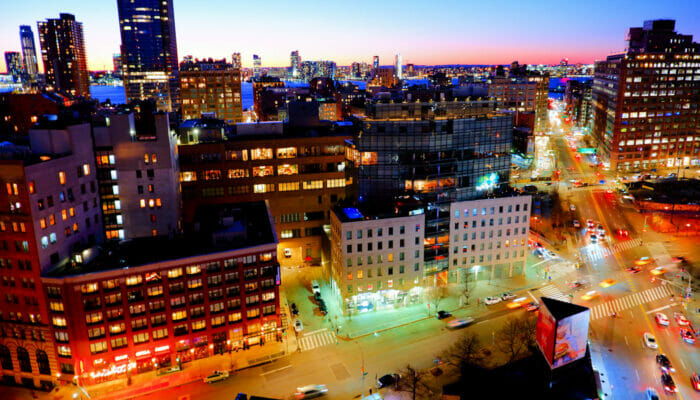