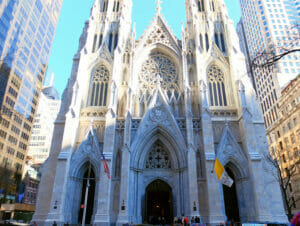 There are several Irish attractions in New York. The Irish settled across Manhattan, Brooklyn, and the Bronx, so they’ve had a considerable influence. Many parts of the Bronx and Queens were also known for having large Irish communities. However, Hell’s Kitchen had the largest overall. Irish New Yorkers are now considered to be one of the many different cultures which contribute to the metropolitan giant that is New York City.

The Irish Famine Memorial New York is located at Battery Park, overlooking the Hudson River. It’s a homage to Irish history, where visitors can pay respects to the famine and reflect upon its connections to the world today. It’s located at the corner of Vesey Street and North End Avenue in the Battery Park neighbourhood. Built on Irish limestone, the Irish Hunger Memorial was built over the course of a year in 2001. It consists of a small, rugged landscape with various species of native Irish plants, and walls made of stones from each of Ireland’s 32 counties. It gives a preview into the beauty of Ireland, and also the haunting history.

St. Patricks Cathedral is considered to be an important landmark to the Irish in New York City. Due to the amazing architecture, it’s the largest Gothic Catholic cathedral in the US. If you’d like to visit, you can call in at any time when the doors are open. Also, anyone can attend a service. Services are held daily and everyone is welcome. Of course, if you’re visiting you have to be quiet and mindful of your surroundings. 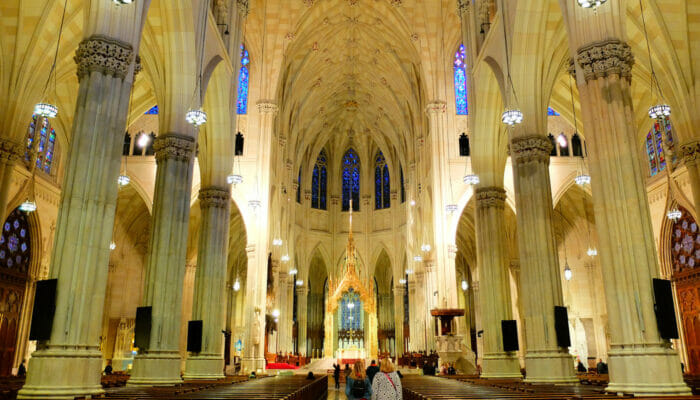 Originally, Pier 58 served as the final port of call for the Titanic. Sadly, this pier has been consumed by Chelsea Piers so there are no visible remains of it. However, the last remains of Pier 54 still stand as a reminder of the unfortunate wreck. Pier 54 is located near 14th Street near the Meatpacking District. Here, you’ll find the rusting arch of the dock reading “Cunard-White Star”. 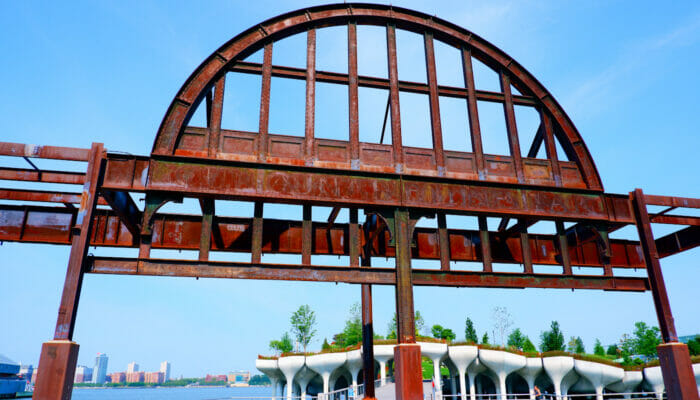 Titanic Memorial Lighthouse and Park are located at the entrance to the South Street Seaport Museum. The memorial itself is a 60-foot-tall lighthouse built in memorial to those lost onboard the Titanic, whereas the park was built around it. The surrounding area of the memorial is South Street Seaport, it’s worthwhile exploring while in the neighbourhood. It’s a nice area of New York to explore with quaint cobblestone streets and a waterfront. 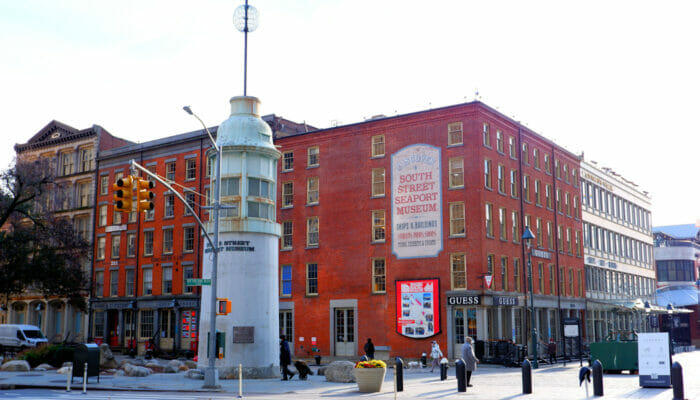 If you would like a good night out while enjoying a few drinks, I’d definitely recommend checking out some live Irish music. Irish trad sessions (or ‘trad seisiuns’ in Irish!) are informal gatherings of musicians playing traditional Irish music. These are often held in cosy Irish bars but don’t be fooled! Things liven up once the music starts playing and the drinks start flowing. I recommend checking out the famous Slainte Irish Bar in the Bowery neighbourhood, they have a session every Tuesday night. Alternatively, Paddy Reilly’s Music Bar is also a great spot for a few drinks with live entertainment 7 nights a week. If you prefer a more quiet, laid-back vibe then stop by McSorley’s Old Ale House for a pint of its own famous, self-brewed ale. 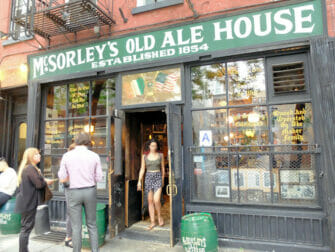 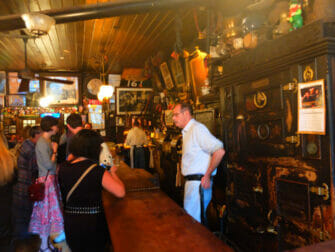 The Irish Arts Center is a New York-based arts and cultural centre, it focuses on building communities with audiences and artists from all backgrounds. There are lots of performances, presentations and cultural exhibitions. They offer performances, presentations, and cultural exhibitions that tell the Irish story, alongside, dozens of classes per week in the Irish language, history, music, and dance. If you’re looking to expand your cultural knowledge, it’s worth checking the schedule online.

The American Irish Historical Society is a centre of Irish culture and knowledge located on Fifth Avenue. It holds a range of cultural events such as concerts, plays, exhibitions, and films. It also holds an impressive library with more than 10,000 books, the most complete collection of American Irish history and literature in the United States! If you’re looking to connect with your Irish roots or you enjoy learning more about American Irish History, a visit to this museum might be something to add to your to-do list.